A cold-blooded murder occurred in one of the hotel rooms, and no clue was found about the criminal. Unhappy, the victim’s family hired you and your team of detectives to get the case solved.

You have a secret and dangerous mission ahead, and will have to find out who the killer is before it’s too late.

* Escape Hotel offers two identical rooms for “Crime Scene”, which can be booked individually or together to compete with another group. Both teams begin the game at the same time and the team that escape first is the winner! 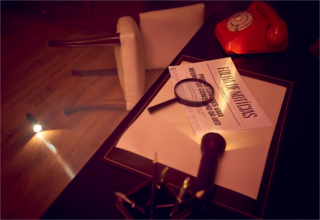 "I had a great time. Amazing!"

"I loved the room! The enigmas are well designed and the game have very cool surprises!"